Here we are again! And this time we would like to talk about feminism, handicrafts and women artists, in a series of 3 posts. Why? Because we believe that fashion, as a tool for expression, is art and for us it’s also feminism and vindication. As you already know, in Li Jewels we define ourselves as a slow jewelry and feminist brand. And why not to explain what is behind all this and what inspires us?

In the 70s, artists like Judy Chicago opted for an existentialist vision of feminine art. They claimed it should have its own essence. They also searched for a common iconography in the art made by women: circular shapes, flowers, animals, colours such as pink, and references to the female sex were very common.

Contemporary feminist art recognizes all approaches, because all are valid.

The Dinner Party is the Chicago’s famous workpiece. Dated in 1975, it was later criticized as it implied substituting the western masculine genius for its western feminine form.

In this work, an installation consisting of a triangular table set on a tiled floor in which, each seat has a plate crafted with the shape of a vulva and each tile pays homage to a woman of our history.

Although the artist restores important referents for the imaginary of women such as Virginia Woolf, Georgia O’Keeffe, Artemisa Gentileschi, Hypatia or Isabel I, she is currently blamed for various aspects, such as representing women at two levels (Western women at the table and the rest on the floor tiles, thereby reaffirming the existing paradigm, and giving a predominant place to the Western white woman).

Although perhaps, it’s easy to judge a work of the 70s fifty years later.

In the 70s female artists also claimed woman’s own space, vacant until then. As an example, the collective project Womanhouse, in which the CalArts group denounces the confinement of women to the domestic and reproductive space.

This group also questioned the techniques and materials that are considered typical of ART. Let’s not forget that women were banned in art schools until recently. And those who, for example, worked in painting, had great difficulty in developing the most appreciated genres, such as nudes or war scenes, as they were banned from access to classes with models.

The question then arises, considering the classical disciplines as the only forms of artistic expression is not a way to justify the predominant male position in the history of art? The artist Faith Wilding already stated in the 70s that “the hierarchy of materials and artistic techniques that are usually taught in art schools […] disdains the skills and creative experiences that women have developed over time”.

Traditionally feminine disciplines such as embroidery are not considered art

The vision of feminist art evolved in the 80s. Critics such as Lucy Lippard questioned the standpoints based on the “feminine essence”, on the basis that identity would be just another socio-cultural construct. The body was also used a lot in performance. Marina Abramovic or, in Spain, the Basque Ester Ferrer, used this language.

Later, Lippard would state that “there is only a subtle boundary between men’s use of the image of women to provoke a sense of visual excitement and women’s use of the female image to denounce that same objectification”. This reflection makes us wonder: is the art of the contemporary artist Milo Moiré really feminist? In my opinion, at least it’s debatable.

Considering the classical disciplines as the only forms of artistic expression, is not a way to justify the predominant male position in the history of art?

Feminism also questions identity itself, as Virginia Woolf did in her book Orlando, where the protagonist changes gender throughout the book. Also Cindy Sherman did self-portrait photographs parodying the women role in advertising or in Hollywood movies.

Contemporary feminist art admits all approaches, because all are valid.

Art using the body perspective makes sense if we take into account that the body and biology are the main cause of the women oppression. Contemporaneity also considers the questioning of identity necessary, which takes into account all women (not only the white and the biological woman).

Contemporary artists like Vanessa Beecroft continue to work from a body angle. She reflects on the similarity between the female body in contemporary society and the beauty ideal of Greek statues. This artist suffered, like many of us, an eating disorder when young.

What do you think of feminist art? Do you think that jewelry can be feminist?

Subscribe to our newsletter and receive discounts and promotions! 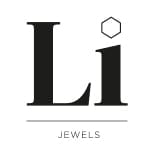